Last month I attended my fourth National Children and Adult Services Conference #NCASC in Eastbourne. The first time I attended in 2009 was to launch the resources from Safety Matters, an action research Change Project I’d been running at RiPfA focusing on adult safeguarding. We had a session in Harrogate presented by myself and a couple people from the project who worked in one of the local authority members in our network. The session, and resources, were really well received; the feedback was amazing and I left clutching a handful of business cards and a big fat grin of satisfaction! We followed up afterwards by email or phonecall with the contacts we had made. At that time I’d been using Facebook for two years, Twitter for just over one and LinkedIn for a mere six months but I wasn’t confident of the value of any of them for my working life.

Fast forward to NCASC 2010 in Manchester and l can share with you that there were three people tweeting from conference about adult social care, three of us, Vic @cpeanose, Mark @MarkWatsonKM and myself. I suppose there may have been one or two other exhibitors or journalists tweeting, and I think Jasmine @Jasmine_Ali was tweeting about children’s services but I couldn’t confidently name any more. There was no organised hashtag and very little online action, but I left convinced that social media had more to offer our sector. Last year we started to get a momentum building at NCASC 2011 in London; there was a veritable feast of tweeters, policy makers, journalists, exhibitors and at last an (unofficial) hashtag and engagement with people not attending conference. I shared some thoughts on it here:

This was my third time at NCASC and each year I leave exhausted with a lot more to think about (and a head full of more ideas) than when I arrived. I usually meet a few people in person that I’ve not met before, my favourites this year were @jaimeelewis @mroutled and @philblogs and I was also delighted to see far more real life networking inspired by twitter connections. [As an aside I do believe that the #socialcare sector is finally realising the potential of #socmed].

Ever the optimist, despite having my bid for a social media session rejected in 2011, like a dogged determined stubborn one woman show with a belief for something better, I persevered. This year I was successful in my bid to run a social media session at NCASC 2012. The focus was Social media as a tool for citizen and community engagement and three years after starting talking online about the value of social media, and two years since RiPfA had started to use social media to engage people with our work and coproduce content, we had the opportunity to talk to other people about it. I was given the foyer bar area, in a lunchtime slot, up against some brilliant alternative sessions including another RiPfA one led by @gerrynos and @rich_w talking about our joint work on user-led organisations. Let’s just say I wasn’t optimistic about expected attendance. 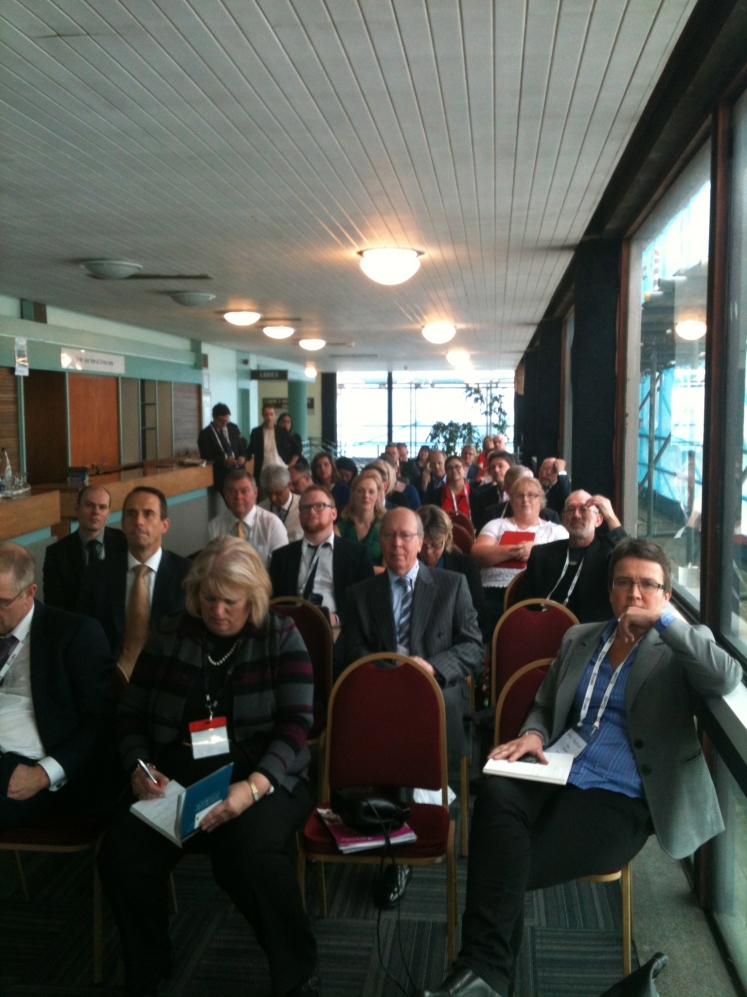 Even better people participated; I didn’t want a session on social media to involve me talking at people, so it was really rather important that people shared their thoughts and ideas. I was also at that point in conference myself where I thought if anyone else talked at me my head might explode; I’m quite a kinaesthetic learner who heavily relies on the left side of my brain, and there had been lots of words but little else at that point – good words mind, but lots of information broadcast. So I was delighted that the audience participated and also engaged people not in the room through using twitter. My slides are below:

Social media as a tool for citizen and community engagement #NCSAC 2012 Workshop from George Julian
I’ve had lots of great feedback following that session, lots of energy and ideas, lots of people sharing the value of social media for their roles as Councillors, Directors, Service Managers and Service Providers. Community Care profiled the session and some of the discussion with it here. I’ll put some more thoughts down about the session in due course but for now I promised to share the slides, so they’re up.
I know I said it last year, and I could always be accused of being overly optimistic, however, it does genuinely feel like social care is *finally* beginning to recognise, and hopefully realise, the value of social media.