18 months and a day, 78 weeks, 13 thousand one hundred and twenty eight hours, that’s how long it is since Dad died.

There have been 547 sun sets and 547 sun rises since Dad left us. Well, true to form, this isn’t an easy calculation to make because technically speaking I think it should be 548 sun rises because Dad died just before sun rise, kind of apt really for a man who spent most of his working life as a postie, awake way before dawn, at 4am, best part of the day he used to say before everyone else woke up.

This week is Dying Matters week and I set myself the challenge to blog each day, so it seemed fitting to spend some time thinking about Dad now the 18 month anniversary has been and gone (not that it’s really an anniversary unless you choose to make it so). One of the questions I heard asked a lot this week was How would you like to be remembered? The amazing Kate Granger who I met on Monday, may have mentioned that a few times, says that she wants to be remembered for making the NHS more person-centred, how awesome is that, and she will be.

Stephen Sutton died this week, the 19 year old who decided to turn his cancer into a fundraising opportunity, and spent what time he had making other people’s lives better. An sharing the news of his death his mom said ‘My heart is bursting with pride but breaking with pain….we all know he will never be forgotten, his spirit will live on, in all that he achieved and shared with so many‘.

I remember having a similar conversation with Dad about how he’d like to be remembered, and him shrugging the question off with a swift ‘doesn’t bother me how I’m remembered I’ll not be here, that’s up to you lot‘, ever the pragmatist. Some of you may know I have a moderate obsession with memorial benches, I absolutely love them and run a blog (that needs updating) of photographs of them and their plaques. I often hunt them down and spend a few minutes imagining those they remember from the little tiny clues left in the dedications. When Dad died I remember talking about a memorial bench with Mum, but we both agreed it didn’t really fit him, he never sat still, was a complete jiffle bum and always on the go. 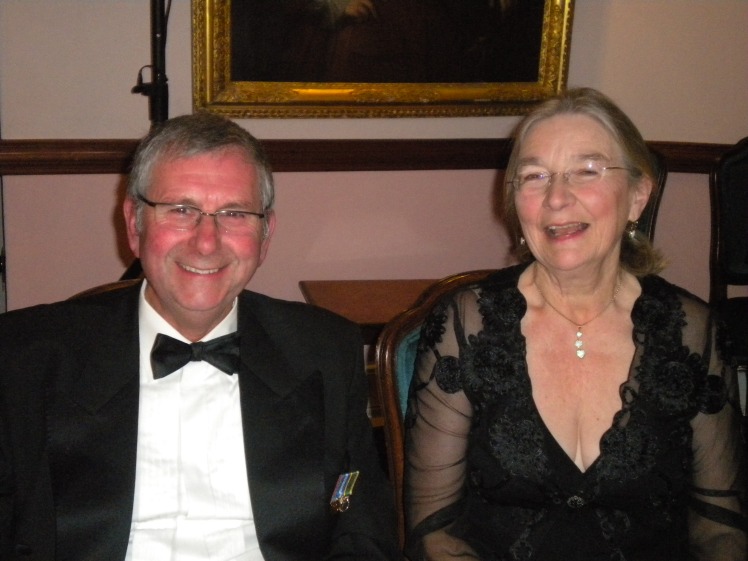 One thing that struck me when Dad died was the number of stories told of what a difference he made to people. In fact the one advantage of having a terminal illness is that, on occasion, you can hear these stories yourself! Dad was given some award at the annual dinner by the Army Cadets once he’d retired due to ill health, and he was proud as punch not with the retirement gift or award, but because one of the younger adult instructors came up to speak with him and Mum (early enough into the evening that it wasn’t the beer speaking) to say that Dad had been one of the few people who really showed an interest in him as a teenager, and he was confident he’d have got into serious trouble and have a very different life now, if it wasn’t for him. When we shared that Dad had died on facebook there were more stories shared, people got in touch and left messages full of happy memories of camp, drill evenings, uniforms and parades. But there were also a number of stories about the difference that Dad had made; it would appear that it wasn’t a one off, in fact it would seem his speciality was kids who weren’t that academically able who were walking a very fine line between playful trouble making and potential criminal record. It would appear that the combination of Dad’s discipline, interest, and personal narrative* was enough to see many of these lads right (*Dad didn’t enjoy school, severely dyslexic he didn’t learn to read and write till he was an adult, and joining the Navy gave him the escape he felt he needed).

Every time I’ve heard the ‘How would you like to be remembered?’ question this week I’ve found myself thinking similar to Dad’s answer. If I’m completely honest, in death, as in life, I’m not sure I’ll be too bothered what people think or remember, what matters to me is that I will be most happy myself if I think I’ve made some positive difference to someone’s life, in some small way. To that end I have decided to shave my head to raise funds for two causes very close to my heart, Rowcroft Hospice (who supported Dad, and continue to support our family) and JusticeforLB (the campaign set up by Connor Sparrowhawk’s family to raise awareness and funds to cover legal costs for his inquest).

Dad died a wonderful death at home in November 2012, four months later Connor was admitted to hospital for assessment and treatment, but he drowned in a bath 107 days later on 4 July 2013. I consider ourselves immensely lucky to have had such a good experience of Dad’s death, and I feel an immense injustice/pain/anger/there are no right words for Connor’s family and friends. The differences between our respective families experiences of death (coming to terms with it, preparing for it and support received after it) could not be more stark.

In a small attempt to make a positive difference for others facing the death of a loved one in our local area (South Devon), and to support those trying to come to terms with Connor’s death, get answers and improve treatment for people with learning disabilities, I will be shaving my head! I am sure I’ll blog about this again (at the moment I’m still in denial) but I hope that this act will raise awareness and money, for these two amazing causes. There is a catch however, I will only shave my hair off, if I raise £1,500 by June 20th, so if you can spare a couple quid, please donate. If you can’t, don’t worry, but please spread the word.

One thought on “Life after Bobby: Being remembered #yodo”