I’d like to share a story from my past, I’ll try to cut the detail and make it brief.

When I was thirteen or fourteen I volunteered for a week in a local play scheme for kids with special needs. Run by social services to this day I can’t remember how I knew about it, or got to go along to it, but attend I did and one thing that happened shaped me in so many ways. I’d always been interested in difference and disability and had very few qualms around the youngsters with their varying needs. Consequently I ended up hanging out with a teenage boy the same age as me who we’ll call Bill who the others were a little wary of.

Bill used a wheelchair, had poor muscle control which meant he often had his head strapped in, was non verbal in the traditional sense but had some sort of voice computer at home (which was a bit like the future to us then) and occasionally had quite scary sounding coughing fits. Most of the kids attending the ‘play’ scheme were more mobile, and more verbal, and there wasn’t a lot going on for Bill, so we spent a lot of time together. I can’t really remember too much about it (we’re talking about twenty years ago) but I remember feeling like it wasn’t very age appropriate (Bill was smart, I could tell he was smart by his reactions to me waffling on, and by the note that would accompany him in each day with his thoughts about the day before) and I can also remember feeling bored, for myself and for him. It was about the time when I had no idea what I wanted to do with my life but was probably still harbouring thoughts of a career as a special ed teacher (what I thought I always wanted to do), while having recently discovered psychology and I can also remember being intrigued by the very cool (and a little bit quirky) OT that came in every couple of days. So I’ve no idea what Bill and I did but I can imagine it was fairly random. 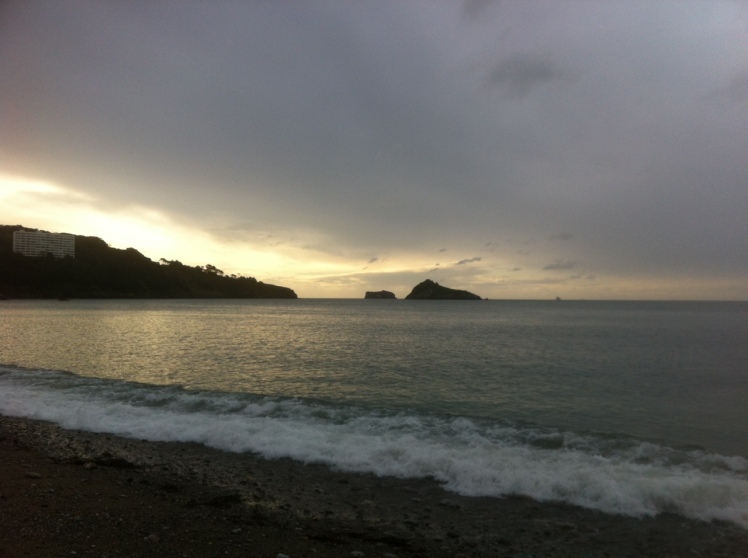 The one day I do remember was when we had minibus transport arranged to go down to the beach. This was great for the other kids who spent ages running around on the sand, throwing balls, making sandcastles, but for Bill and I this was yet another slap in the face….we were expected to hang with the adults on the promenade, dodging the pensioners out for their stroll, being generally bored. Until with a little too much time on my brain I indulged my mischievous streak and asked Bill if he’d had enough and fancied going for a run. I’ll never forget his smile and the blink of his eye (quick for yes, kept shut longer for no), I double checked whispering knowing I was being naughty. Yep a slap on his tabletop tray indicated we were to make a run for it…..and so we did. Off down the promenade as fast as a relatively unfit teenager, pushing another teenager in a wheelchair could go.

There were shouts from behind telling us to stop running and walk, but the laughter from Bill up ahead spurred me on and we pretended we couldn’t hear. We ran on, and on until we hit a stone and a raised paving slab and the inevitable happened, his wheelchair tipped over, I fell to the side and the shock kicked in. The adults got there as soon as I’d righted myself and I was given a right (well deserved) dressing down. They righted Bill and he didn’t look good, the elbow of his jumper was torn and his tray table had sprung up in the collision bashing him in the face. As the adults were fussing around him he looked at me and winked, and I promptly burst into tears (of relief I think) and got told off again.

The trip to the beach ended at that point, there ensued great fuss as the kids were rounded up and back to the bus and Bill was dropped home instead of going back to the centre. I had to sit in the minibus all the way back as the adults bitched about the incident and my behaviour and fussed about Bill and wondered whether his Mum would take him to the hospital or doctor. I felt sick. That aching sick when a ball of iron is sat in the bottom of your stomach, and worse still the ache of knowing you were responsible and had brought this on yourself. I went home that night feeling awful, explained what had happened to my parents and got another rollicking, this time from my Dad. I said I didn’t want to go back there and it goes without saying that was out the question, it was my mess and I’d be made to take responsibility for it, I’d be back there the next day if it meant my Dad frogmarching me to the door.

I cried myself to sleep that night and woke up with the leaden stomach again the next day. When I got there I was taken aside by a more senior member of staff, who to be fair was measured in her telling off but still quite clear that I was responsible. The worst thing was I couldn’t see Bill, he wasn’t parked by the door like he’d been every other day, and I was told he’d not got the bus in that day. I was told to make myself useful by playing with some of the younger kids, then five minutes later the door opened and a woman I’d not seen before wheeled Bill in. He looked like he’d been through the wars, he had a massive bump on his forehead and a graze on his nose, but I got the biggest smile. The unknown woman hurried into an office with the senior person and I left to go say hello to Bill. I remember saying how sorry I was and trying to not get upset and him holding my arm and chuckling, that turned into a coughing fit….and at that moment I was called into the office.

I just wished the floor would open up and swallow me, I was struggling to hold it together and was completely confident that this unknown woman would also be about to bollock me. Except she did a remarkable thing, she asked if I was Bill’s friend George, and when I said I was she gave me a bear hug. To cut a long story short the unknown woman was Bill’s Mum, he’d been going home each night telling her about me and the night before he’d told his Mum that this was the best day he’d ever had at the scheme (he’d been a regular since he was little). Battered and bruised and with his favourite sweatshirt torn, he’d apparently not stopped laughing while telling his Mum what we’d done. She said she’d tried to tell him off for encouraging me but that she couldn’t. She’d driven him in that day because she wanted to thank me, for treating Bill as Bill, and for enabling him to do what any other kid his age would do, including getting hurt!

Now I’m not for a minute, even to this day, claiming that what we did was the right thing to do; of course the outcome could have been far worse and I’m lucky that Bill didn’t do himself (or rather I didn’t do him) some sort of serious injury, but the lesson it taught me wasn’t one about breaking rules, or being personalised, or having fun. It was one about taking responsibility. If it had been up to me I’d not have gone in that day, the shame and guilt and responsibility felt so bad, I wanted to hide from it; but no, if there was one golden rule in our family it was that you take responsibility. That actions have consequences, and that if you mess up, you take responsibility, you apologise and you make sure it never happens again. For years I had a photo of Bill and me taken that day, it was carried around with me, pinned to numerous walls and pinboards above desks; I loved that photo and I hated it – Bill looked battered, but also defiant and had *the* biggest smile in his eyes, I looked a bit solemn and sheepish and guilty….as indeed I was. Somewhere along the way it got lost, I’ve not seen it for years, and unfortunately I didn’t manage to keep in touch with Bill – I think about him often and wonder what happened to him and his wonderful Mum, and am desperately aware of the positive impact they had on me.

Why am I sharing this with you? Partly because it’s a little of my history and I think it’s a nice example of how sometimes I greatest fears aren’t realised, and that taking responsibility and actually being held accountable is a good thing; but also because it’s been at the forefront of my mind as Sara Ryan and her family battle to find out what happened to her beautiful son Connor. I’ve read Sara’s blog about life with Connor or LB (laughing boy) for some time and the recent entries are heartbreaking, well they have all been since he died in July, in an NHS facility. Sara has managed to find words to share an immeasurable pain, to educate us who take that journey alongside her and I’ve physically felt that leaden ball in the pit of my stomach several times when I’ve read it of late. I feel sick, shamed and shameful that we live in a society where this happens, and no one is brave enough, or human enough to say sorry, to take accountability, to apologise unreservedly. Connor lost his life, it’s the least that could be done.

This morning Sara shared some of her thoughts about how it could be different; I think they’re worth a read for all of us, it’s time to take responsibility:

NB Make sure you scroll in the widget to see all the nine tips.